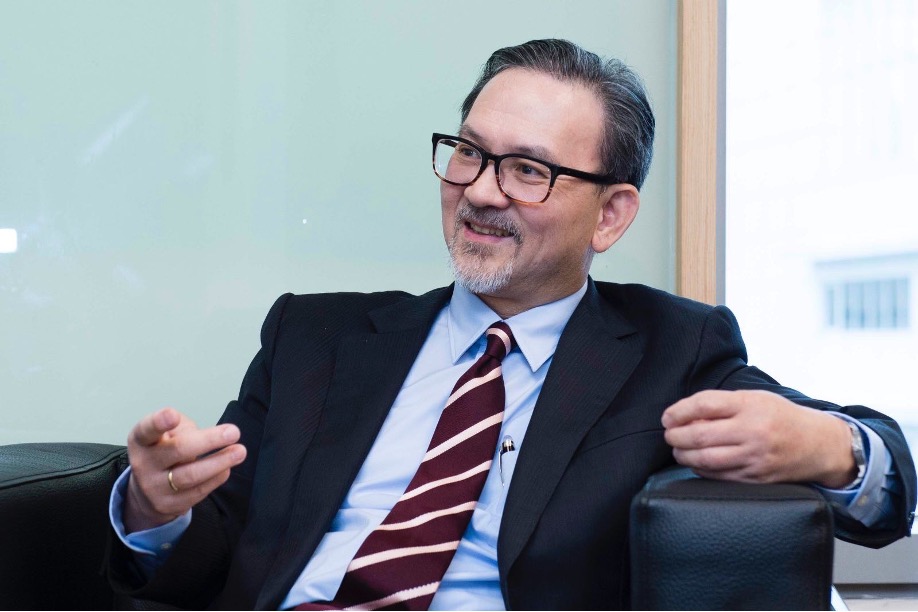 In November of 2019, Matsunaka International Corporation was established in Naha City, Okinawa in attempt to form an industrial collaboration between companies in Taiwan and Okinawa. Vice President Fuxun Liao of a major cable station, TVBS Media Inc., serves as representative.

Mr. Liao has succeeded in representing multiple TV stations and channel production companies. He has contributed to the Taiwanese media industry for 35 years and possesses a deeply rooted relationship with Taiwanese companies. We held an online interview with Mr. Liao concerning the cultivation of corporations in Okinawa and his current business expansions, as well as his outlook on dealing with the COVID-19 situation. （September,2020）

The aim of the company is to combine the strengths of both Taiwan and Japan to establish industrial chains in Okinawa. The first objective would be the formation of industries based in Okinawa and to play a role as a bridge between Japan and Asia. As an company based in Okinawa, we hope to grow and develop alongside the people of Okinawa.

Can you please describe the purpose of your expansion to Okinawa and the role your company plays in fulfilling this purpose?

Our company was established for cooperation between Taiwan and Okinawa. The two roles that it plays in fulfilling this purpose is to first, create an industry which Okinawa is the main constituent. Okinawa is able to manufacture and export high quality products that are “Made in Japan” to the rest of Southeast Asia at a much lower cost than Mainland Japan. And second, have Okinawa function as a bridge between Japan and the rest of Asia. We strive to create a new industry which allows Okinawa to be a hub when foreign goods are integrated into the Japanese market or when Japanese goods are exported to Southeast Asia.

We make use of Okinawa’s strengths to first attract Taiwanese companies to build relationships with Okinawan and Japanese companies, then we aim to help with the expansion of Okinawan businesses to foreign countries.

What are your thoughts on Okinawa?

I enjoy doing historical research, especially on the 14th to 15th century Ryukyu Kingdom and its central role in the trading network. Along with the added benefit of Taiwan and Okinawa being so close, I think the people of Okinawa are very pleasant, making it easy for us to work and get along with them.

I have built up my career in Taiwan, forming extensive connections with Taiwanese companies. By exercising these connections, I believe that I can increase the number of relationships related to the mutual development of Taiwan and Okinawa.

Currently, what are the specific plans for your business? 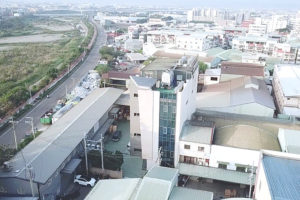 An example of a collaboration is between a Taiwanese company that produces facemasks and an Okinawan cosmetics company. With the manufacturing knowledge and facilities of the Taiwanese industry introduced to Okinawa, Japanese style facemasks made in Okinawa can be exported to the rest of Southeast Asia.

Both companies have already come to an agreement and have begun the production preparation stage. This way, when the COVID-19 situation settles down, the production process can be initiated. As the economy proceeds and demand rises, the next step would be to construct new factories to be used in the tourism industry.

Are there developed businesses that considers Okinawa as a hub? 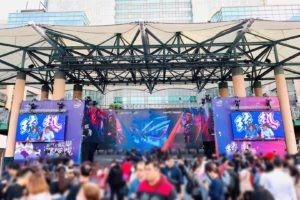 In 2019, Ryukyu Asahi Broadcasting and The Wave Corporation held an esports (an organized multiplayer videogame competition) tournament in Taiwan. Both companies have begun the expansion of the business in preparation for the second annual tournament.

esports is very popular in Taiwan, and there are many types of tournaments that vary in style and content. We are hoping to hold a greater tournament in not only Taiwan, but also in Okinawa by cooperating with the Okinawa esports Federation. The dream is not to develop esports into a large sporting brand, but to establish it as an industry in addition to esports being a tourist attraction. Okinawa is the perfect mediator of esports between Japan and Taiwan.

Taiwan specializes in producing computer hardware while Japan has expertise in software development. Manufacturing small accessible products such as computers or game machinery should be possible in Okinawa, while software developed in places such as Tokyo can be brought to Okinawa. 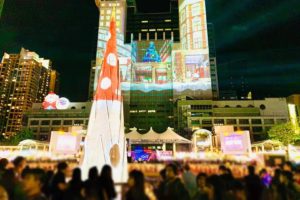 If the production and development of hardware and software, along with running a tournament is possible in Okinawa, a wide range of human resources will grow around esports. Establishing an industrial chain in Okinawa may one day not only allow a rise in tourism, but also shape Okinawa into an essential industry such as “Speaking of esports, it’s Okinawa.”

Are there any other businesses in which you wish to engage in?

Along with cooperating with major franchises in Taiwan to open drink shops which target tourists in Okinawa, I am also planning on establishing an investment consulting business. If there are positive business results in Okinawa, I believe that I can give advice regarding tax, legality, and environment of investing in Okinawa to companies overseas. Because our company is very familiar with the investing environment in Taiwan, we can discuss how Okinawan and Japanese companies can enter the Taiwanese market.

We are looking forward to the upcoming expansion of your company, but what were some challenges you have faced along the way?

The tax system and the ways in which relationships with banks are built in Japan vastly differs from Taiwan, so we are to gradually attain knowledge while building up our company.

What kind of support have you received from Okinawa Industry Promotion Public Corporation?

Since before the company was established, we had connections and business plans with Okinawa. However, thanks to the support provided by Okinawa Industry Promotion Public Corporation, we could successfully establish and run the company, as well as settle in Okinawa shortly after the startup. Without their support, I believe it would not have been as efficient.

They have continued to follow our progress and provides support when buyers and companies are invited from Taiwan for business tour, or when we are matched with companies on island. As a company that have expanded to Okinawa from overseas, I am thankful for the existence of Okinawa Industry Promotion Public Corporation with such expertise.

It is reassuring for a new company to know that there will be consistent support in areas such as the search for an office space or the arrangement of an administrative scrivener, judicial scrivener, and a tax accountant.

Are you hoping for any aid from the government?

Although it is a crucial institutional component in Japan, many foreign managing directors struggle when opening a corporate account at the bank. It would be much appreciated if some terms were to be eased.

Regarding Okinawan Government, it would also be helpful if information concerning the attainment of factory land or leased factory could be provided. Okinawa has policies concerning the entrance of foreign companies. It would be more convenient if the laws and regulations, such as which types of businesses are welcomed and which have limitations, were communicated not only in Japanese but also in foreign languages. Thus, cases of hardships in establishing companies would decrease significantly.

On a more basic note, I believe that it is important for Okinawa to demonstrate the role it plays in Japan.

For example, tourism is one of the most essential industries in Okinawa. Nevertheless, it is a fragile industry that can be swayed by outside forces such as the current pandemic or natural disasters. In order to strengthen the economy in Okinawa, I believe that manufacturing industries are also necessary. I am thinking of ways our company can contribute through this perspective. We have put in so much effort to establish a company locally, so it would be nice if we can develop alongside the people of Okinawa.

Lastly, do you have any advice for foreigners or companies that wish to invest in a company in Okinawa?

First is not only to have a goal in establishing the company, but to also have a desire to grow and develop with Okinawa. Because there are various restrictions in the institution, it is essential to understand what is possible when establishing a business. Ultimately, the most important factor is for a company to have a love for Okinawa.

Regarding disadvantages and damage caused by the usage of the information or services provided by our center, and your negotiation or transaction arranged by you, our center will not be a party concerned and take responsibility for them.

Our center carefully provide you with information and services. However, we don't guarantee the information is completely correct or our services fully meet your expectation at all.